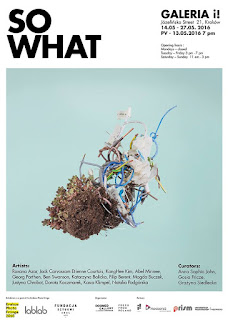 The SO WHAT exhibition was conceived and exhibited for the first time at Doomed Gallery in London, in November 2015. The initial concept was to present current scene of international still life photography. As part of an artistic exchange Doomed Gallery is now working together with Fresh From Poland at the i! Gallery space, in Krakow.

SO WHAT focuses on the depiction of wittily constructed inanimate objects that seem to offer more questions than solutions. Ranging from traditional approaches to otherworldly surreal structures; these works allow us to view familiar and mundane items from a new perspective through borrowing technical characteristics from painting, sculpture and photography.  prism has provided SO WHAT with Media patronage. 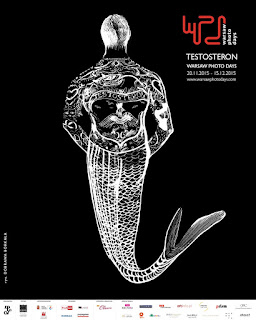 Warsaw Photo Days Festival of Photography was founded in 2013 at the initiative of the Warsaw District of the Association of Polish Art Photographers ZPAF that is simultaneously an organizer of the event.
Read more about the 2015 edition and prism's participation here. 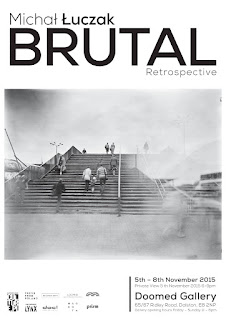 prism is thrilled to invite you all to the exhibition by Michal Luczak entitled "Brutal Retrospective" to be held in Doomed Gallery London from 5th to 8th November 2015. As much as we are excited to media partnership on this exhibition we are happy to announce we will also be able to share a detailed insight on Michal's work in the upcoming #22 Q4/2015 issue of prism to be launched mid November. Read more about the exhibition here. Piclet.org are interested in the idea of bringing networking back into the real world via social media and events such as POPCAP ‘13. Piclet.org was launched in 2009 by Berlin-based media artist Benjamin Fuglister as an international online portal for the presentation of contemporary photographers’ portfolios and as an international directory of important festivals, creative publications and Photography related institutions.

POPCAP was awarded for the first time in 2012. This year the five chosen works will be presented to both the international arts community and the general public during Art Basel 44 as well as at PhotoIreland Festival 2013. POPCAP ‘13 aims to enhance awareness  and provoke discourse regarding African topics through public events running alongside the exhibition. Due to its extensive application in a day-to-day context, Piclet.org considers photography to be the ideal medium from which to foster an unhindered exchange of ideas.

POPCAP’ 13 finalists are: Anhua Collective (Álvaro Laiz/David Rengel) (Future Plan), Dillon Marsh (Landmarks), Cristina De Middel (The Afronauts), Alexia Webster (A village in the clouds) and Graeme Williams (On the other side).

All finalists were featured in 2nd anniversary issue of prism. 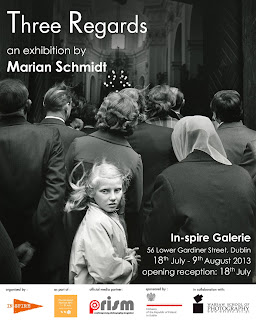 Marian Schmidt was born in Poland in 1945. He spent his childhood in Venezuela. At the age of 12, while studying at the Liceo de Aplicación in Caracas, he began to take photographs with his father’s rangefinder Konica and make documentary films with his Canon 8mm film camera.

For Marian Schmidt photography is a search for hidden treasures. He prepares himself psychologically to get rid of tensions, achieve a certain inner peace and feel inspired. He goes with open eyes and an open heart on promenades in streets, parks, cemeteries, countryside, forests, and landscapes. There is a paradox in this search, which makes it an act of active meditation. There is a purpose in it and at the same time it’s purposeless. He looks for something, but he doesn’t have to find anything. The bliss is in looking or finding. Sometimes it happens that he feels a strong emotion while photographing a subject, and later he finds out that the emotion is absent from the photograph. It doesn’t matter. Even if the image is discarded, the living experience rests and no one can take it away from the photographer.

“What we have sensed here as beauty Someday will come to us as truth” – Schiller. 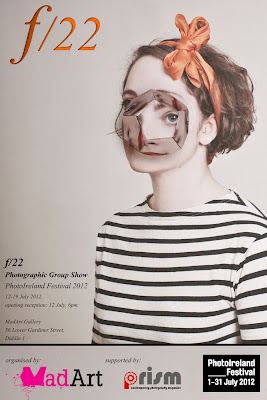 The show brought together both professional photographers and talented emerging photographers, giving the audience an exceptional chance to experience a variety of styles and individual approaches to the photographic medium. The event was organised, curated and coordinated by photographer and prism Photo Magazine editor Karol Liver. 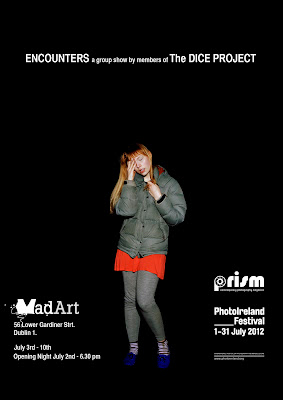 Encounters exhibition brought together the photographic works of artists Paul Corcoran, Bartosz Nowicki and Will Hartley. The photographers, based in Ireland and the UK, work collectively as DICE. The group was formed in 2011 to support and promote new work as well as explore ideas of working collectively. This exhibition brings together, for the first-time, work from a number of series, each one a personal response by the artist to situations that have both affected them and motivated them to respond photographically. Themes of isolation and youth unemployment to racism, communal living and the centrality of relationships form the central premise of the show. The exhibition has been designed as a response to the main theme of PhotoIreland 2012 – Migrations: Diaspora and Cultural Identity. The show has been supported by prism magazine. The Dice Project has also been featured in special issue of prism magazine dedicated to PhotoIreland Festival 2012. 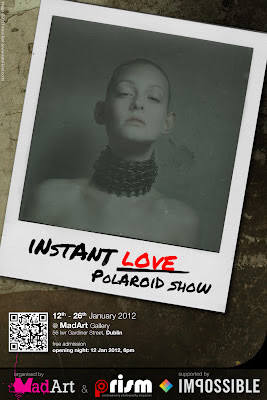 “Instant Love” was a collaborative effort of prism magazine and MadArt Gallery in order to create a first international intant photography show in Ireland, complemented by a special edition of the magazine. The show featured over 20 artists from all over the world from Ireland to Australia, USA, Italy, Poland, UK, Czech Republic, Mexico and Germany. Various instant photography methods were used and presented – from classic Polaroid 600 to Type-55 negatives. The show has been officially supported by The Impossible Project – the number one manufacturer of brand new instant film for Vintage Polaroid cameras. 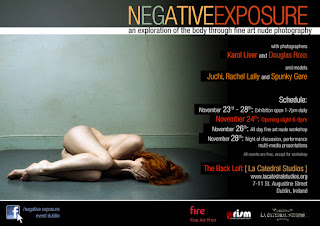 Negative Exposure presented the breath-taking and insightful work of two fine art photographers - Karol Liver and Douglas Ross and three art models, who have worked in close collaboration to bring this highly unusual exhibition together. The depiction of the human body in art has long been contentious. This exhibition has been put together by five people who have consciously addressed these issues in their work . The diverse ages (23 - 57) and cultural backgrounds (Ireland, U.S., Poland and Italy) have informed the development of the work and issues of gender and sexuality are examined directly in some of the work. Above all, this was an exhibition of work involving five people who are passionate about the power and beauty of the human body and its depiction in fine art photography. The active participation of the three models was an unique feature of this exhibition. In addition to actively collaborating in the creation of the photographic work, the models have worked creatively with castings of their own bodies and also produced video footage looking at some of the issues around figurative art, modelling and photography.

"What I thought would be a quick look at pretty women au naturel turned into an hour-long insightful discussion on cultural, social and religious aspects of human life with photographers and a random visitor. Is nude art rude? Where to draw the line? Is it the most natural thing or does everyone just like boobs? And if it is sexual, so what? In Europe, the US or Asia, nudity is still very much taboo. It scares, confuses, and therefore excites us. Hello, 21st century and Catholic guilt! This project, involving two photographers and three models (who also produced a documentary and decorated their body casts), is the first of a kind in Ireland.

Beautiful, thought-provoking, shocking, inspiring. Think yourself modern and free of prejudice? Come to the discussion, performance presentation and expose yourself to the truth." 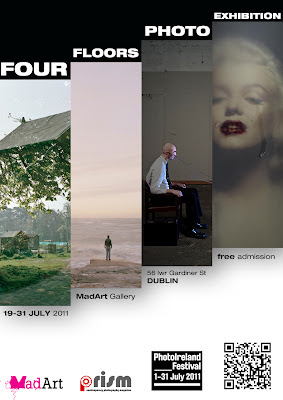 Four Floors Group show was a fantastic opportunity for both photography professionals and enthusiasts to present their work to a wider audience during 2nd edition of PhotoIreland Festival. The exhibition was held from 19th of July to 31st of July 2011 on four floors of beautiful, old georgian building converted into a massive artspace especially for this occasion.

The idea of Four Floors was to provide artists with unique space and give the viewers an exceptional chance to experience variety of styles and individual approaches to the photographic medium. 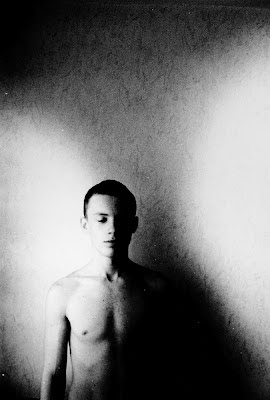